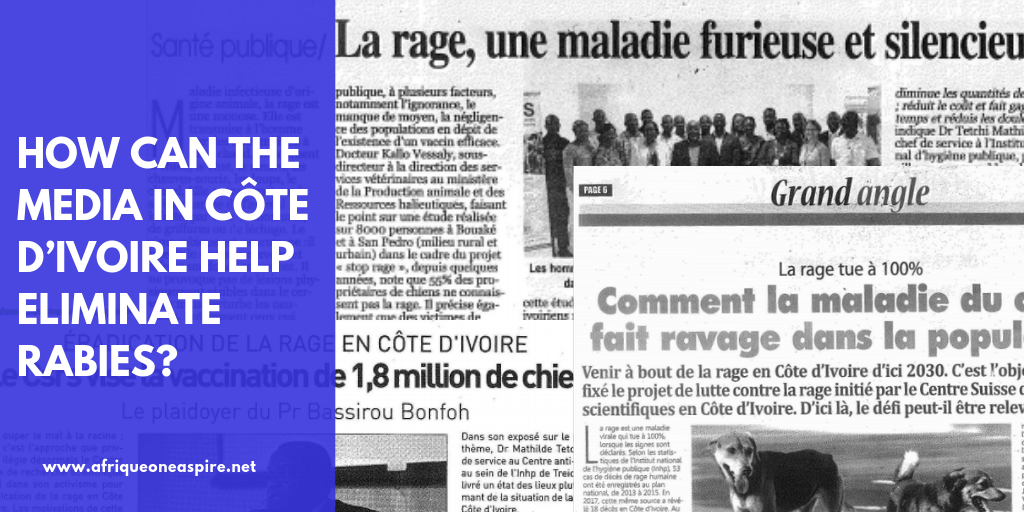 How can the media in Côte d’Ivoire help eliminate rabies?

Rabies is one of the five priority zoonotic diseases identified in Côte d’Ivoire. Afrique One-ASPIRE and its partners through the rabies GAVI project, provided data helping the country to advance from the assessment of the burden of the disease to the strategic planning of rabies elimination. As a result, the Ivorian national strategy against rabies drafted by Afrique One-ASPIRE and partners was adopted on the 28th September 2018.

With the aim to make the population and the government aware of the danger of rabies, as well as its feasible elimination, Afrique One-ASPIRE built capacities of journalists by organizing a training session on the 17th May 2018.  The main topics covered in the training were (i) the relationship between science and the media, (ii) dog-mediated rabies, (iii) human exposure, (iv) control and elimination strategies and (v) communication for behaviour change. The session successfully bridged the gap between journalists and researchers and provided journalists with accurate information about the rabies burden in the world and specifically in Côte d’Ivoire.

At the end of the training session, journalists were given an assignment. They were asked to produce at least one article on the rabies situation in Côte d’Ivoire, with the best article receiving a prize. As a result, we got a total of 25 publications in the media (here is the pressbook). The content analysis of the media publications helped us to identify the best journalists for the World Rabies Day 2018 campaign. In collaboration with those chosen, a press release was prepared and distributed on the 28th of September 2018 (World Rabies Day). This campaign contributed greatly to the awareness of policy makers of rabies. Additionally, on the World Rabies Day, all stakeholders adopted the Ivorian national strategy for rabies control and elimination drafted by Afrique One-ASPIRE and partners.

This experience shows, that the contribution of the media in contributing to disease elimination should not be neglected.