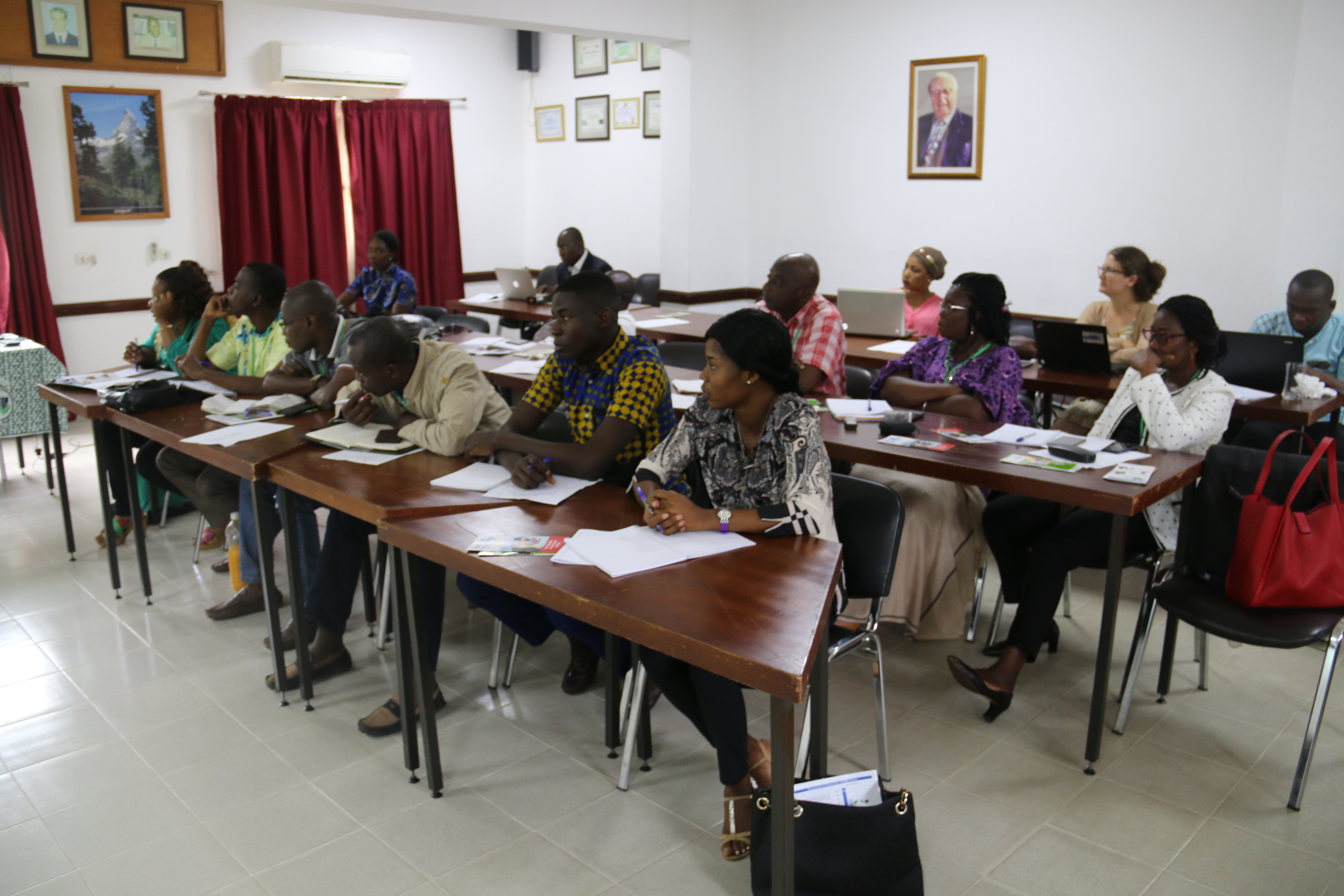 To strengthen rabies control programme in Africa, Afrique One-ASPIRE and its partners have organized on the 17th May 2018, a training session for twenty journalists on rabies. The aim was to build their capacity in good information that can have impact and behavior change. Relation science and media, (ii) dog mediated rabies, (iii) human exposure, (iv) control and elimination strategies and (v) communication for behavior change were the main issues of the training. It bridged the gap between journalists and researchers and provided journalists with accurate information about the rabies burden in the world and specifically in Côte d’Ivoire.

‘59,000 cases of annual deaths occur worldwide, including 18 in Côte d’Ivoire; one death occurs every 9 minutes; children are the most vulnerable at more than 40%’, argued Dr. Tétchi Mathilde, Head of the Anti-Rabies Center of the National Institute of Public Hygiene (INHP) and Human Rabies Project Leader in the GAVI-rabies Project.

The training, which involved presentations, group discussions and was welcomed and appreciated by journalists, many of whom did not have knowledge on rabies. ‘For me the disease was no longer exist. But now, you paid my attention on a critical situation and as the elimination is possible and we are tending to that, you have all my support’, said Tiémoko Diarrassouba, journalist at Radio Côte d’Ivoire (the national radio). 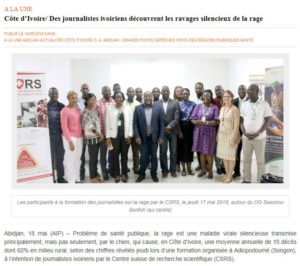 Screenshot of a press article published by the Ivorian Press Agency

‘Rabies is a disease that, once contracted and without vaccination, results in death in 100% of the cases. It is a disease that can be avoided because we know what to do. However today, our biggest unresolved questions are addressed at two levels: What makes people who have animals not vaccinate them? And why do policy makers not commit to eliminating this disease?’ asked Prof Bassirou Bonfoh, Director of Afrique One-ASPIRE, to the journalists.

They proposed a series of media actions that could help vaccinate dogs, the only effective way to defeat rabies, and committed to support the fight for rabies elimination. More than 25 press publications (press, radio, web) were recorded the days after the training. To read the press book, click here ► PressBook Media engagement in rabies elimination