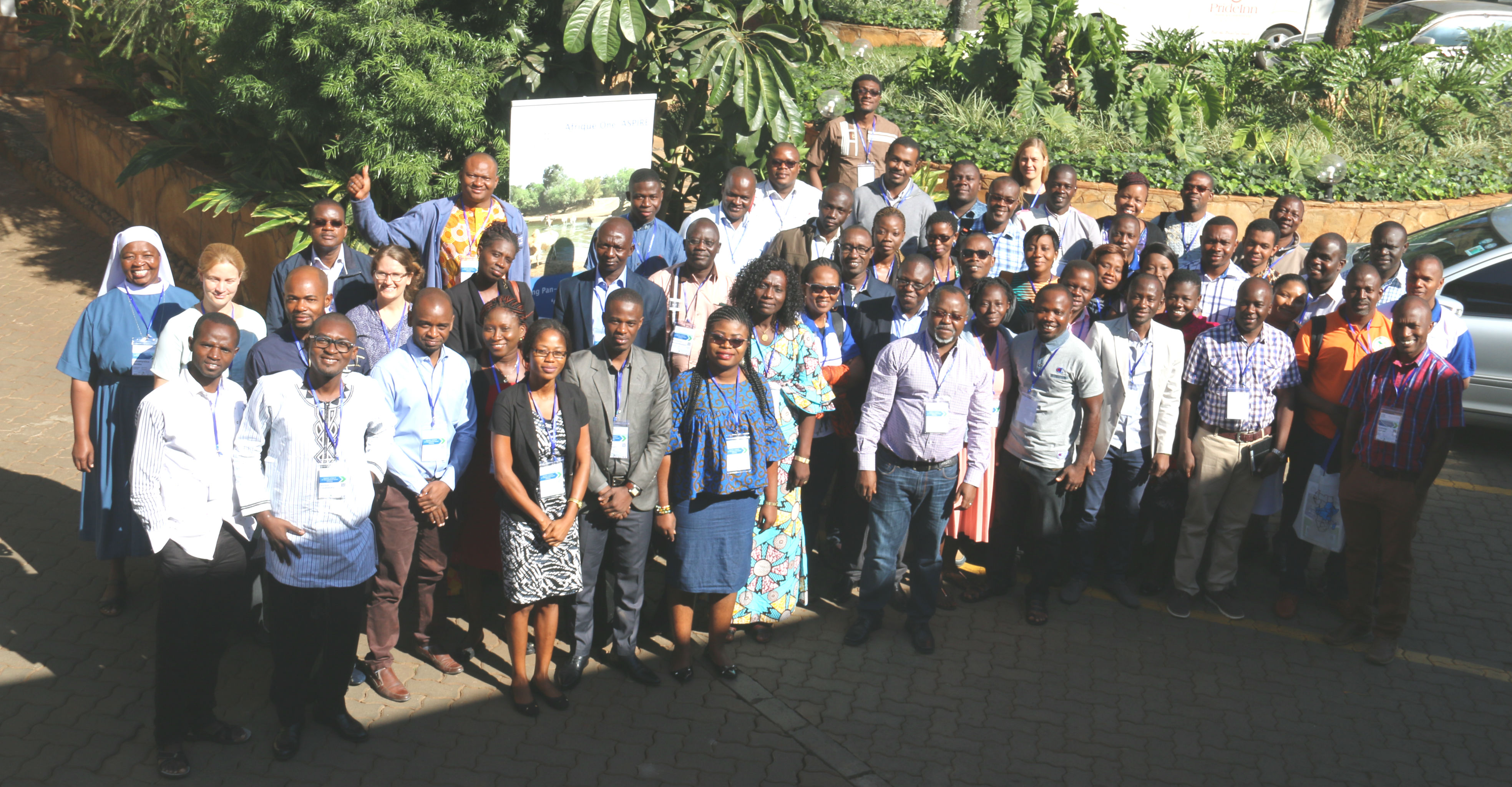 More than 60 young African scientists coming from 12 East, Central and West African countries are gathered in Nairobi, Kenya, to showcase their preliminary findings at the ‘2018 Afrique One–ASPIRE Science and Management Board Meeting’. The meeting will be held from 20 to 21 September 2018 at The Jacaranda Hotel.

The preliminary findings which will be presented concern the implementation of ‘One Health’ in research on diseases transmitted from livestock to human and vice versa, such as brucellosis and rabies. One Health is a concept which promotes sustainable interactions between human, animal and environmental health with an added value
generated by the collaboration between sectors. Afrique One-ASPIRE is one of the leading consortia on this concept in Africa and sponsors 60 young African scientists (Master, PhD students and Postdocs) who are currently gathered in Nairobi for the ‘2018 Afrique One–ASPIRE Science and Management Board Meeting’.

The Afrique One-ASPIRE team working on the diagnostic tool of brucellosis has proved that it is easier to detect the DNA of Brucella in plasma rather than in whole blood. The team used molecular biology techniques to detect DNA of Brucella, the bacterium that causes brucellosis. Currently, whole blood is examined to hardly detect Brucella
bacteria. This preliminary finding opens the possibility of improving the diagnostics of brucellosis in infected people and animals and lead to differential diagnostics with other febrile diseases such as malaria.

Major steps towards elimination of rabies in Africa

Data generated by research teams of Afrique One-ASPIRE in collaboration with GAVI have contributed to moving Côte d’Ivoire from stage 1 (assessment) to stage 2 (strategic planning).

The rabies elimination plan is based on the Stepwise Approach towards Rabies Elimination (SARE). This approach provides measurable stages, of progress from stage 0 to stage 5 explained as (0) no information, (1) assessment, (2) strategic planning, (3) control, (4) maintenance and (5) elimination. Most African countries are currently
between stage 1.5-2 (strategic planning). Fellows of Afrique One-ASPIRE are involved in efforts to eliminate rabies in Tanzania, Senegal and Côte d’Ivoire. It is possible to eliminate rabies in Africa through large-scale sustained vaccination of 70% of the dogs.

Since 2009, Afrique One-ASPIRE has positioned itself as a leading figure of the One Health concept in Africa. Through its programme, it has trained the next generation of African scientists in cross-sectoral collaborations. Furthermore, the programme has invested in the capacity of academic institutions. In his policy work, Afrique One has contributed to making the One Health concept more visible. One Health has been adopted at different political and institutional levels in Africa (ECOWAS, African Union…).

Afrique One-ASPIRE is one of the eleven beneficiaries of the Developing Excellence in Leadership, Training and Science (DELTAS) Africa, a scheme to support the Africa-led development of world-class researchers and research leaders in Africa that is being implemented by the African Academy of Sciences, the Alliance for Accelerating
Excellence in Africa (AESA) in partnership with the New Partnership for African Development (NEPAD) Agency and with funding from the Wellcome Trust and the UK government. The focus of Afrique One–ASPIRE (2016-2021) is on endemic zoonotic diseases (diseases that are transmissible between animals and humans) through capacity building and research. Afrique One-ASPIRE has the ambition to position itself as the leader for research capacity building in One Health in Africa. One Health is an approach which promotes a strong collaboration between human, animal and
environmental health sectors for better health outcomes. http://afriqueoneaspire.org