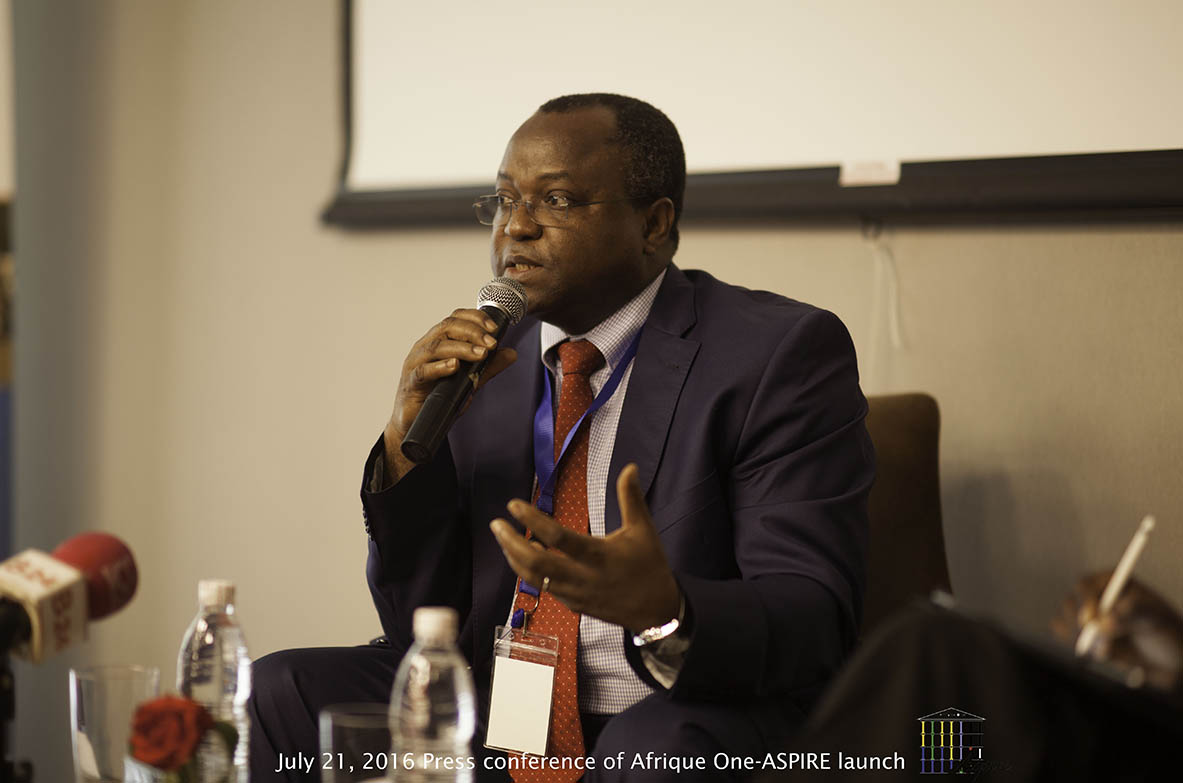 The research programme Afrique One-African Science Partnership for Intervention Research Excellence (Afrique One-ASPIRE) was launched on July 21st, 2016 by the Ministry of Higher Education and Scientific Research of Côte d’Ivoire in Abidjan during a press conference hosted by Prof. Bassirou Bonfoh, Director-General of the Centre Suisse de Recherches Scientifiques en Côte d’Ivoire (CSRS). The official launch of the programme was held in the presence of the ambassador of Switzerland and the charge d’affaires of the embassy of Great Britain, in Côte d’Ivoire, as well as vice-deans of several Ivoirian universities, ECOWAS representatives and more than twenty journalists of the national and international media.

Afrique One-ASPIRE wants to contribute to improving health of African populations by controlling and eliminating zoonotic diseases using a One Health–research approach. This concept advocates tackling health issues through a common framework which is linking the health of animals, human and the environment. According to Prof. Bonfoh ‘Afrique One-ASPIRE will build research capacity for the next generation of African scientists in One Health’.

In their addresses, Prof. Francis Akindès, sociologist and chairman of the Scientific Council of the Université Alassane Ouattara de Bouaké (Côte d’Ivoire) and Prof. Bonfoh highlighted the importance of an on-going dialog between science and society. Prof. Akindès, reminded his audience that in its early days science was synonymous of progress, whereas today there was a crisis of trust between the scientific and the non-scientific community. Today’s key societal health problems have gained in complexity in a world of globalization and quick solutions may be difficult to find. Prof. Akindès further suggested that despite the crisis of trust scientific evidence continues to improve life quality and population health and he named Afrique One-ASPIRE a promising contributor for rebuilding a foundation of trust between science and public.

According to Prof. Bonfoh the new research program will enable training of 400 undergraduate students, 18 Masters students, 16 PhD students and 13 Postdoctoral scientists. In addition, Afrique One-ASPIRE has planned to launch a Massive Open Online Course (MOOC) on One Health and interdisciplinary research in November 2016. The researchers trained will work on themes related to rabies, tuberculosis, brucellosis, foodborne diseases, nutritional illnesses and surveillance-response. Monitoring of emerging diseases will be of high priority in order to respond to and resolve health issues as they arise.

Prof. Thiam Assane representing the Ministry of Higher Education and Scientific Research congratulated the consortium Afrique One for its achievements during the first phase and challenged Afrique One-ASPIRE to exceed the past achievements in the five years to come.