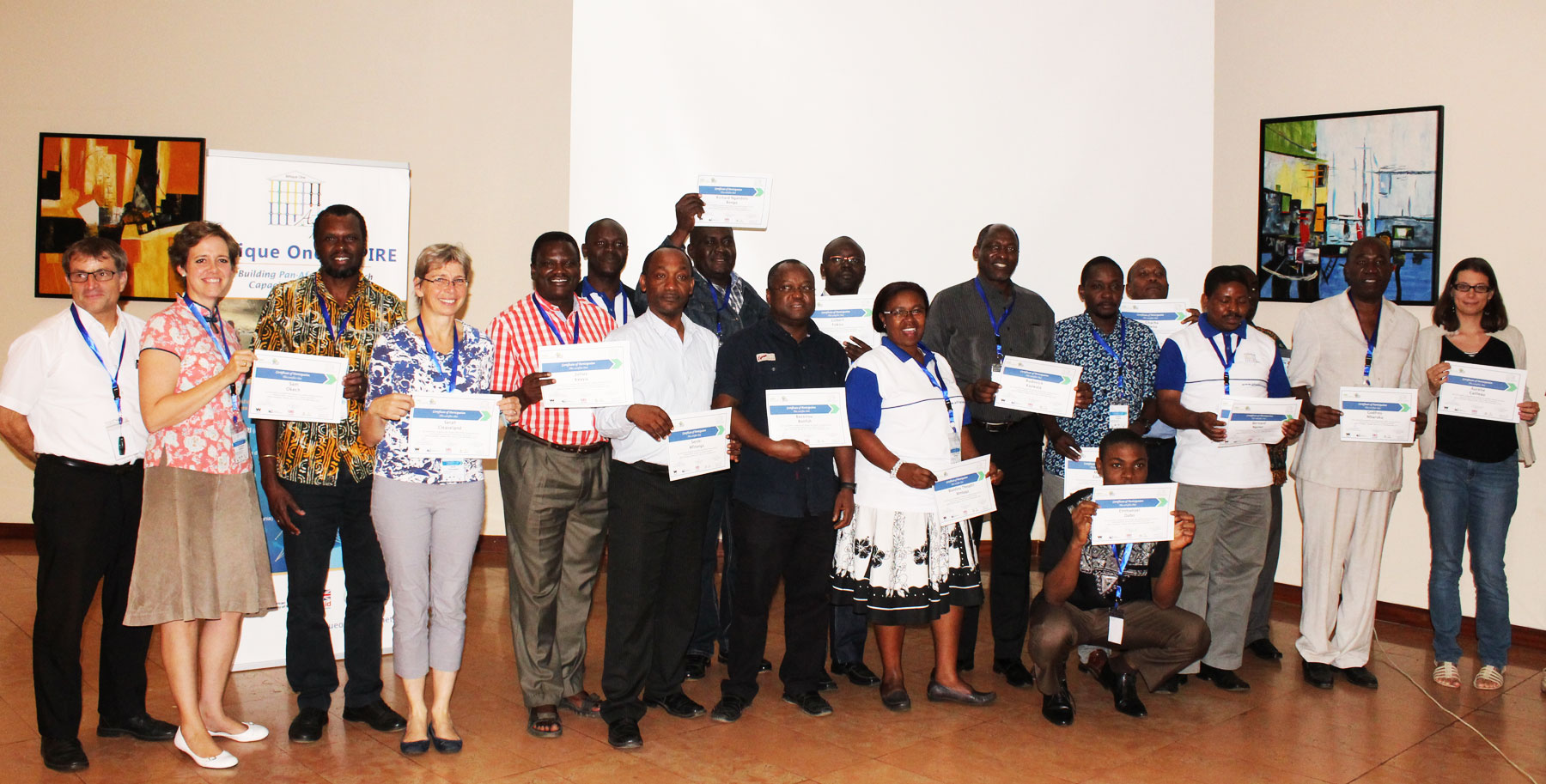 At the kick-off meeting of Afrique One-ASPIRE that took place in Kampala, Uganda, from 19th to 23rd September 2016, a course on transdisciplinary research was offered to more than 50 scientists during the two last days of the meeting. The goal of this training was to build researcher capacity in transdisciplinary approaches for the elimination of zoonoses. Dr Constanze Pfeiffer, Sociologist and Prof. Jakob Zinsstag, Veterinary-epidemiologist from the Swiss Tropical and Public Health Institute (Swiss TPH) were hosting the training.

In his speech, Prof. Jakob Zinsstag defined transdisciplinary research (TD) and demonstrated the importance of TD approaches in the elimination of diseases by presenting examples of his own studies in Mongolia, Chad and Guatemala. According to Prof. Zinsstag, TD approaches are ‘multilevel reflexive processes, relating the aspects of societal problem solving with scientific methods.’

Dr Constanze Pfeiffer presented key concepts used in social sciences such as culture, illness and disease. Those concepts were followed up by an introduction in qualitative study design and data collection methods, namely observations, interviews and group discussions.

A field visit to practice the training

The trainees and the facilitators conducted a field visit in the school of St Paul Kibadyo where a vaccination campaign of dogs against rabies was being and the Health Centre Mutundwe ‘EDDWALIRO’ in Kampala where they met with nearby residents. It was in the afternoon of the 22nd September. The trainees were split in four groups and discussed with the local population about rabies. The goal of this activity was to get answers to the following questions:

The next day, the groups presented their feedbacks and all participants received a training certificates.