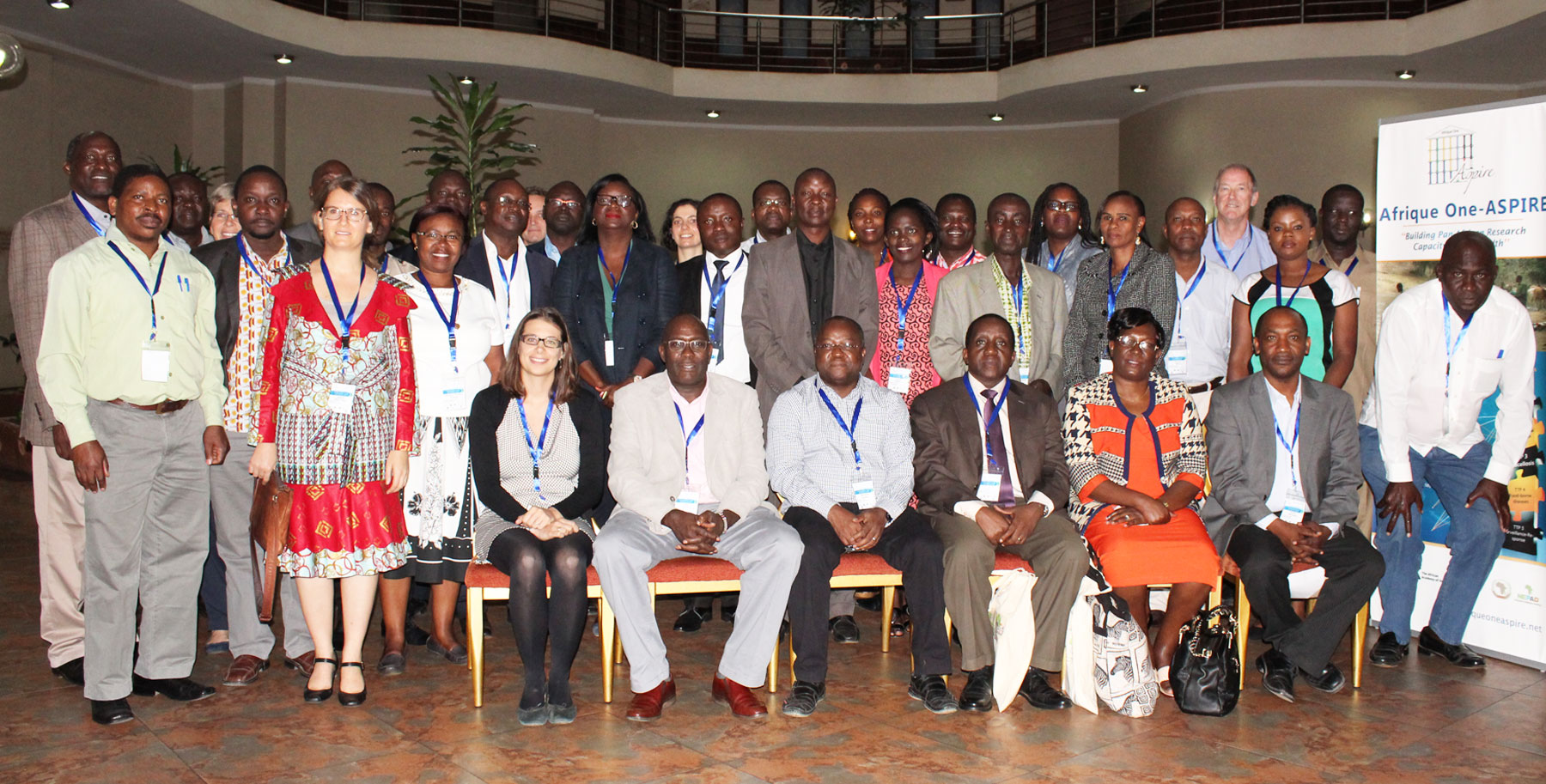 Afrique One-ASPIRE kick-off meeting: familiarizing the members with the administrative and scientific standards of AESA for the next 5 years

More than 50 scientists came from eastern and western Africa and Europe to participate in the kick-off meeting of the Afrique One-ASPIRE consortium, the second phase of an African research program that aims to train the next generation of African researchers through the concept “One Health”. From the 19th to 23rd September 2016 in Kampala, Uganda, the participants committed themselves to comply with the standards of the Alliance for Accelerating Excellence in Science in Africa (AESA) program under the DELTAS Africa Initiative.

Prof. John David Kabasa, Principal of Makerere University and Dr Tom Kariuki, Director of AESA were present at the Afrique One-ASPIRE Kick Off Meeting. Prof. Kabasa, presented several studies on diseases in Africa and was asking for answers to why diseases persist despite the large amount of research studies. He then challenged Afrique One-ASPIRE to become part of the solution and find the way to tackle and to eliminate them. Dr. Kariuki reminded the audience of the success of Afrique One-ASPIRE at the four selection stages of the DELTAS initiative winners before expressing his encouragement and confidence to all Afrique One-ASPIRE stakeholders mainly to Prof. Bassirou Bonfoh, Director of Afrique One-ASPIRE. He further expressed that scientific research is one of the development drivers in Africa. According to him, ‘from a hopeless continent in 2000, Africa became a hopeful continent in 2013 and will be an innovation continent in 2030’ thanks to the scientific research.

For his part, Prof. Bassirou Bonfoh, presented the vision of Afrique One-ASPIRE which is: ‘building Pan-African research capacity in One Health’ – an approach that is expected to contribute to the elimination of rabies, brucellosis, mycobacterial infections and food-borne diseases within our programme. With the surveillance-response of zoonotic diseases, each of these diseases represents a Training Thematic Programme (TTP) which is the core of the Afrique One-ASPIRE structure. The kick-off meeting was an opportunity to prepare TTP calls for applications for young researchers, to identify research topics and plan activities for the next 5 years.

The institutions involved in Africa One-ASPIRE had working sessions with Isabel Imbuye to improve program management skills within AESA. In addition to the management skills training, the kick-off meeting Africa One-ASPIRE was conducting a 2-day training on transdisciplinary research from the 22nd to 23rd September 2016, which included a field visit.