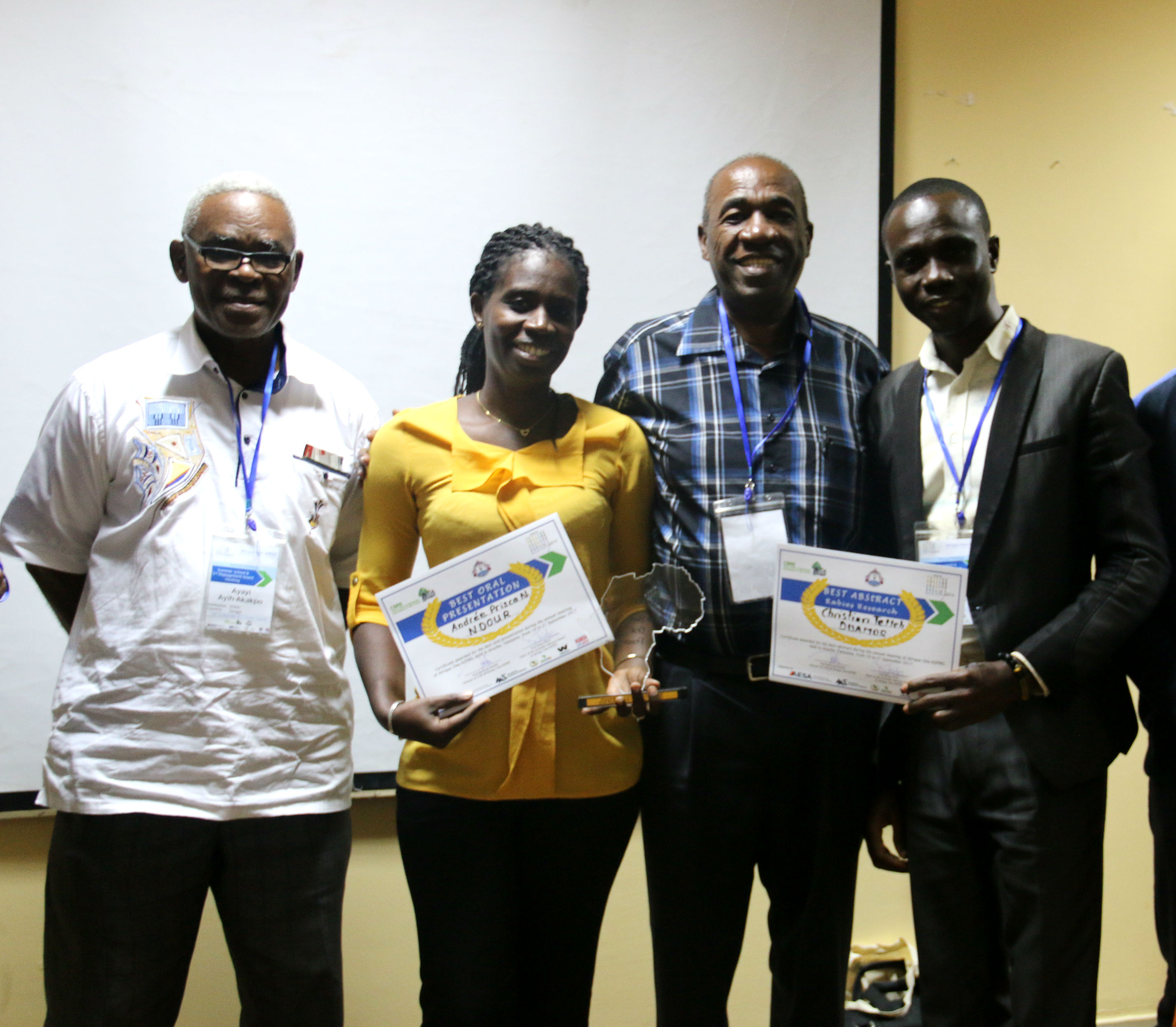 During the summer school, they were trained on One Health, planning and managing research, scientific and grant writing. It was during the scientific event that the best of them of the year 2017 were awarded. In addition to a certificate and a trophy, they each received a US$ 500 envelope. The winners were divided into 3 categories: the best oral communication, the best research abstract and the best poster. Prisca Ndour of Senegal won the prize for the best oral communication. Adiza Abass and Christian Tetteh Duamor, both from Ghana, won the best poster and research abstract respectively.